​Serving the Spokane Metro area and the Inland Northwest since 1994!

Roughly how much will this cost?

Ask About Our One Of A Kind Low-Price Guarantee!

Protect yourself from unwanted viewing today without darkening your rooms!​

Do you feel like you are living in a fishbowl?  Can the neighbors see right in?  Does your business need to comply with HIPPA privacy mandates?

Click on the links provided to see more detailed information on the varieties of these films that we offer, and to see

Daytime Privacy Films prevent people outside from seeing in and allow you to keep your blinds or shades open during the day, preserving views and eliminating that claustrophobic  "closed in" feeling.  These films and tints are the answer for customers who need privacy during the day, but who still want to be able to see out of their windows. Generally speaking, the Solar Control Films that stop large amounts of heat and glare also give great daytime privacy.  It is important to note that, as the name indicates, daytime privacy films give great privacy during the day, but just like clear glass, at night when your interior lights are on, people can see in from outside (although not quite as well).  For this reason, these films work well in combination with interior blinds or shades that can be closed or drawn at night.  We will also to be happy to discuss "work-arounds" with you that may allow you to use daytime privacy films for 24 hour privacy in some specific situations.

​​24 Hour Privacy Window Films  typically consist of frosted, opaque, patterned, or light diffusing  films.  Frosted film provides a"soft" look on the glass, and most closely resembles sandblasted glass in appearance, but is much less expensive than sandblasted glass.  Frosted and etched films are translucent so they pass light, but prevent people from seeing through in either direction.  Opaque films, both White and Black, provide a "harder" look on the glass, and do not pass as much light as frosted films do.  Patterned and light diffusing privacy films (often also called decorative window films) rely on patterns and light diffusion to offer the illusion of privacy, but they do not offer as much functional privacy as frosted or opaque films do.  These types of Decorative window films and 24 Hour privacy films serve the same purpose andare, for all intents and  purposes, interchangeable.

​to find a Solyx 24 hour privacy or decorative film that will meet your needs, and we will happily order and install your selected film.

Which privacy film works best for you depends on your particular application, and I will be delighted to use

my many years of experience to help you select the one that will work best to address your issues.

​​Click this button to get your FREE ESTIMATE Today! ​​ 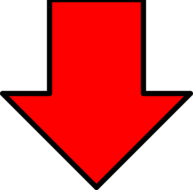 Get My Free, No Obligation Quote Today!